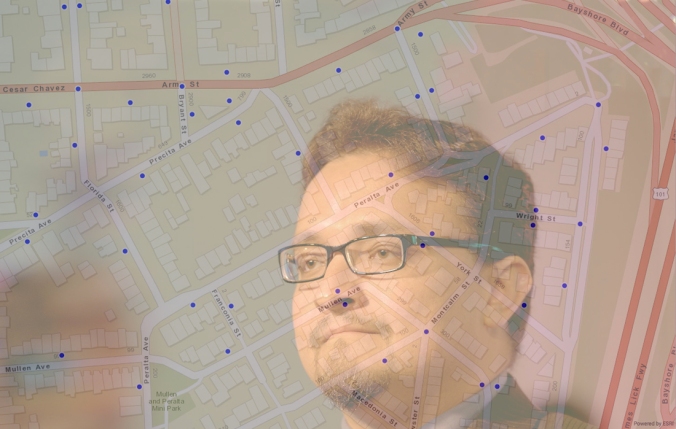 Opinion Disclosure Warning: The post that follows describes a recent unpleasant encounter with our District 9 Supervisor. It is strongly opinionated. If that’s a turn-off, I apologize, and I recommend you skip this post. Thanks for your understanding. — Todd Lappin

Now that the notes from last week’s Northeast Bernal Community Meeting have been posted, I also wanted to describe an incident that happened during the meeting, involving David Campos, our D9 Supervisor.

Supervisor Campos was not involved in the planning and organization of last Thursday’s community meeting. (More on that below.) Refreshingly, however, he showed up at the meeting along with his aide (and D9 Supervisor candidate), Hilary Ronen. That was a good thing, because the crime problem in northeast Bernal is such that residents there need all the official attention they can get. But halfway through the meeting, Supervisor Campos kind of went off the rails.

During a Q&A period, Campos raised his hand. The moderator called on him to speak, and Campos stood up. He started in with a pronouncement that there was “an elephant in the room.” He repeated this a few times. It left people scratching their heads, because until that moment the meeting had generally been constructive and elephant-free.

Then I stood up, and told Supervisor Campos he was way out of line.

Actually, I said a bit more than that, and in a much more emphatic way. Basically I urged Supervisor Campos to discontinue the theatrics, in no small part because the very community meeting he was attending had been necessitated by the fact that Supervisor Campos’s office has done a poor job of responding to Bernal constituents concerns about crime problems in Bernal Heights.

Here’s some backstory: The Northeast Bernal Neighbors Alliance was formed in no small part because many Bernal neighbors in that section of our neighborhood have been unable to get a response from Supervisor Campos’s office about their crime problems. Many emails to his office have gone unanswered. Many many. I know this because when Campos’s office ignores emails about crime problems from Bernal neighbors, many of those neighbors write to me instead. I receive a lot of these emails. Many many.  Bottom line: Last week’s community meeting happened because  a neighborhood that had been neglected by David Campos’s office organized a new neighborhood group to get some help without having to rely on David Campos.

Hilary Ronen was sitting next to her boss as things got heated, and she looked stricken. I felt bad for her, because it was mortifying.

It was mortifying because Campos showed everyone in the room that he was looking at the meeting through the cheap lens of political gamesmanship, instead of listening to what Bernal residents were telling him about the crime problem in their community.

haha this meeting just went bonkers when @DavidCamposSF went full political in a community meeting. who is this guy?

Fortunately, just before things got too hot, Buck Bagot intervened to redirect the conversation. (Note to History: Buck is a Bernal treasure.) Then the meeting resumed. There was no further speechifying from Supervisor Campos, although he did often try to politicize the issues discussed in the room by blaming others for this or that.

Look, it’s great that Campos’s office has finally decided to engage with his northeast Bernal constituents. But his effort to turn a grassroots community meeting into political spectacle was inappropriate. The most important take-away from last week’s meeting was that our Bernal neighbors need all the help they can get. It’ll take a lot of on-the-ground organization, and a lot of interagency coordination, and a lot of hard work to make northeast Bernal a safer community.

Last week, David Campos signaled that he’s more interested in scoring political points than he is in doing the real work required to be part of the solution. Yet hope springs eternal: There’s another community meeting about crime and public safety this Thursday, Jan. 28, 6 pm, at the Bernal Heights Neighborhood Center, and David Campos helped organize this one. Bernalwood will provide full details about that meeting tomorrow.