Just before dusk last Saturday night, the skies above Bernal Heights lit up like an Electric Kool-Aid Acid Apocalypse.

The clouds had been funky and exceptionally fluffy all day, but just as the sun was preparing to set, a storm squall blew through San Francisco. So when the sun dropped near horizontal behind Twin Peaks, the color and texture of the sky basically… exploded.

Much like our ancient druid ancestors, the residents of modern Bernal Heights took note of the fiery sky and gazed in wonder. Yet unlike our druid ancestors, we had smartphones to document the amazing moment #nofilter style.

Neighbor Beth Zonderman captured the incredible moment shown up above, when the billowing orange sky lit up in a zap of lightning. Incredible.

Your Bernalwood editor was on Cortland, having a Substantial Conversation with a friend at the glamorous Pinhole Coffee. The shop filled up with a spooky orange glow, and everyone inside piled out onto the sidewalk. Here’s what I saw:

The contrasts between light and dark, and color and greyscale were astonishing. Check out this stunning moment Neighbor Darcy saw outside Heartfelt:

Neighbor Christel saw this as she walked near the Coso green in Precitaville: 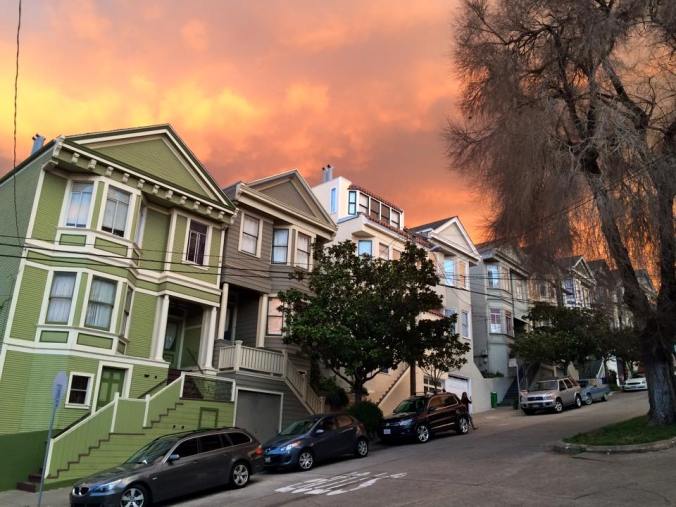 Neighbor Karen looked up from her home just off Alabama:

This was Neighbor Elizabeth’s view from Bocana: 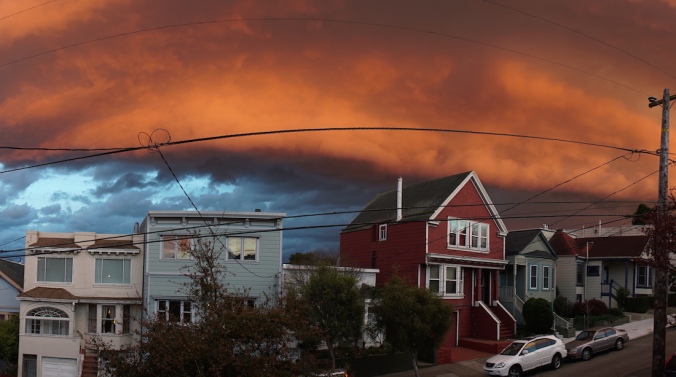 And here’s what Neighbor Michele saw from Precita Park:

Chef Tim from Ichi Sushi was crossing Cesar Chavez when the sky exploded, and he took note as well. Celebrity chefs appreciate freaky weather patterns… just like us!

Neighbor Rik was up on the Hill at the time, to take this shot: 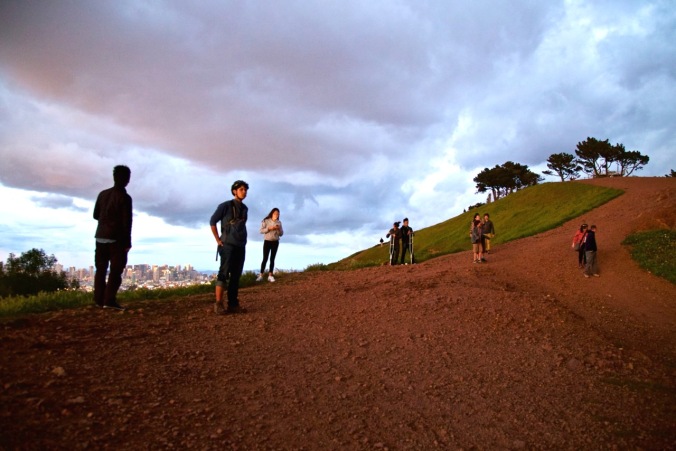 Here’s what Neighbor Brian saw when he looked south from atop Bernal Hill. WITH A FRIKKIN’ RAINBOW! The National Weather Service tells Bernalwood this can happen when a storm front passes through a bank of unicorn glitter:

Then, after gazing at the storm gazers, Neighbor Jonathan turned his camera to the west, where he saw Sutro Tower presiding magisterially:

PHOTOS: See citations in text. All photos are the property of their photographers.