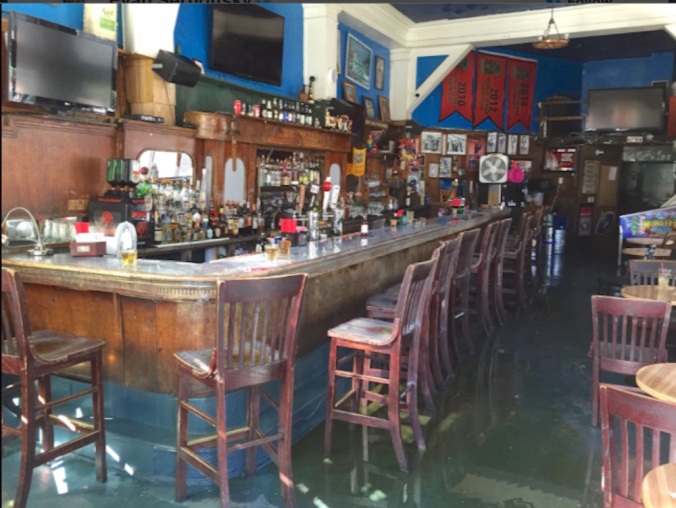 Shukry Lama is a co-owner of the much-loved 3300 Club on the corner of Mission and 29th. The bar was heavily damaged during the June 18 Cole Hardware Fire, even though it managed to avoid the flames.  Inside, the water damage was extensive, but the good news is that the building — which also contains the Graywood Hotel SRO — has been deemed structurally sound, so it won’t require a teardown.

Shukry shared some thoughts with Bernalwood after visiting the 33 to assess the damage:

Going into the bar and seeing how much stuff was damaged, was very depressing

There was a lot of water bubbling all over the ceiling and walls. Cracks in anything plaster, and the drywall is still soaked. ABC says all of our booze is gone; we can’t resell it or return it. We have a lot of pictures from the 30s and 40s that were damaged, mostly of my grandfather who grew up in the neighborhood. We were able to save some of the old paintings we have from an old bartender who passed away a few years ago, but some were damaged. All the original art that we had on the walls from him is damaged and will have to be replaced

My jukebox guy came in, he thinks his jukebox is shot. Hopefully our insurance covers his stuff. Anything electronic is dead.

The building owner has been awesome, he and our building supervisor have been there every day and keep checking up on us. First thing he said, when the fire was still going. was, “tell your grandma not to worry, we can fix it.” He’s been sharing resources, giving advice, and generally helping talk us through the process.

It’s going to take a lot of work to come back, but we’re willing to do it and everyone has been offering their help. It will take a while, but we’ll be back. 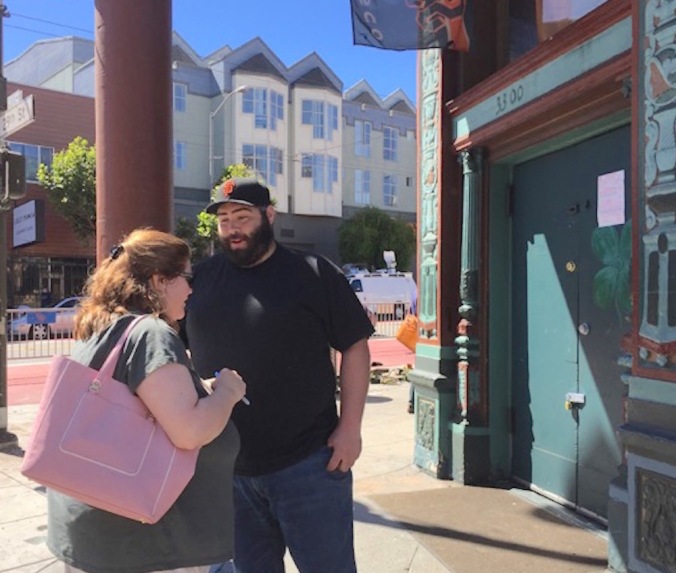 PHOTO: Top, 3300 Club interior, photographed by Evan Sernoffsky on June 19. Below, Shukry Lama (right) with his Aunt Chris outside the 3300 Club, shortly after the fire.