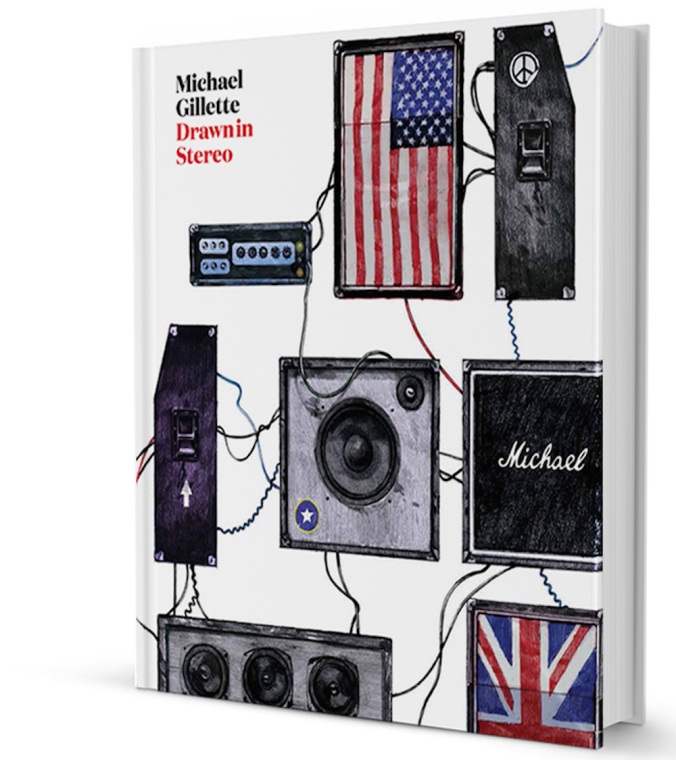 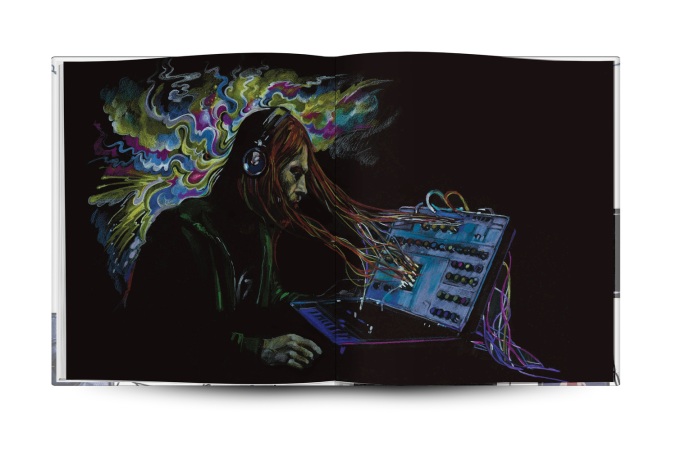 When we last heard from Bernal neighbor Michael Gillette, he had just completed a trippy new video for My Morning Jacket that showcased his formidable skills as an artist and animator. At the time, however Bernalwood hadn’t realized that Neighbor Michael’s output is so extensive, so amazingly creative, and so closely tied to the music industry.

Now Neighbor Michael the focus of a gorgeous new book called Drawn in Stereo that’s a visual greatest-hits collection of his work:

Filled with selections from his entire career, Drawn in Stereo shares an eclectic display of artistic approaches, including gallery shows, sketchbooks, music video animation stills, and magazine contributions for the likes of; Spin, MOJO, Q, & the New Yorker.

Featuring a foreword by Fred Deakin and an interview by Elastica’s Justine Frischmann, Drawn in Stereo reveals an inspired life, ranging from Britpop London and rooming with the Aphex Twin, to fifteen years of creativity in San Francisco.

In a message to Bernalwood, Neighbor Michael also shared these local notes:

About half of my career has been spent on Lundys, and I’d guess about 90% of the work in the book was made here.

The book is a big deal for me as it gathers together work I’ve created over the the last 25 years. The focus is on music, as this has been a constant inspiration, and I’ve made a lot of imagery in service of that industry for folks such as Beck & The Beastie Boys to Paul McCartney and My Morning Jacket.

Also, a historical footnote: As a kid I loved Rick Griffin, and his work really helped set the course of my life. I found out not long ago, his purple patch designing Fillmore posters and the like took place on Elsie Street!

So much gorgeousness. Want a copy of Neighbor Michael’s sexxxy new book — for you, or for that special locavore on Santa’s list?  Get it right here.