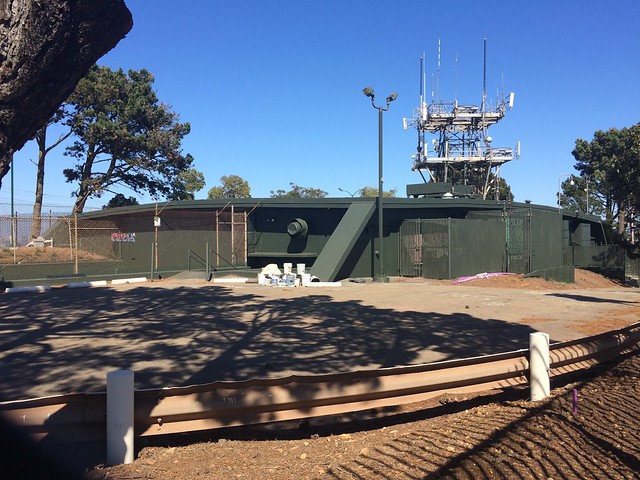 American Tower, which owns the facility, occasionally paints over it, but the company recently allowed some of the tags to linger for a long time. There’s one that says “TRUST NO HOE!” (charming) in this picture from January 2014 that was still there until very recently: 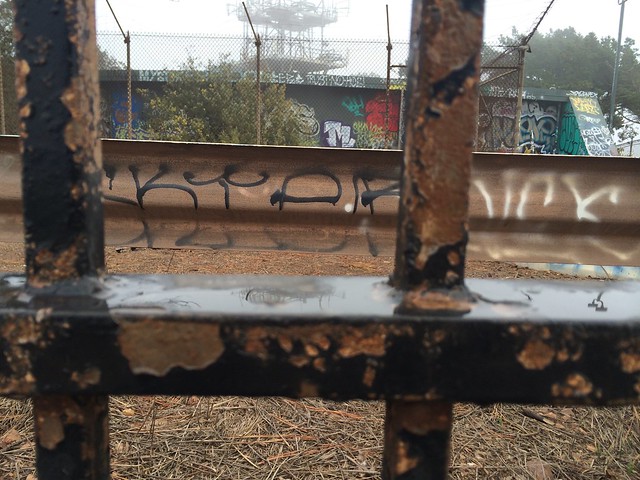 Now, it’s all gone. There’s new fencing, upgraded security lighting, and even barbed wire around most of the perimeter, which isn’t very attractive. Yet it might be worth it, if it actually keeps the taggers out.

If it doesn’t (which seems likely, given this site’s history), why not get rid of the fencing entirely? Like it was when Sutrito Tower was first built, in 1963.

Removing the fence would take the “adventure” out of tagging this building, and make it convenient for neighbors to paint over it without waiting years for American Tower to get around to cleaning up the mess. 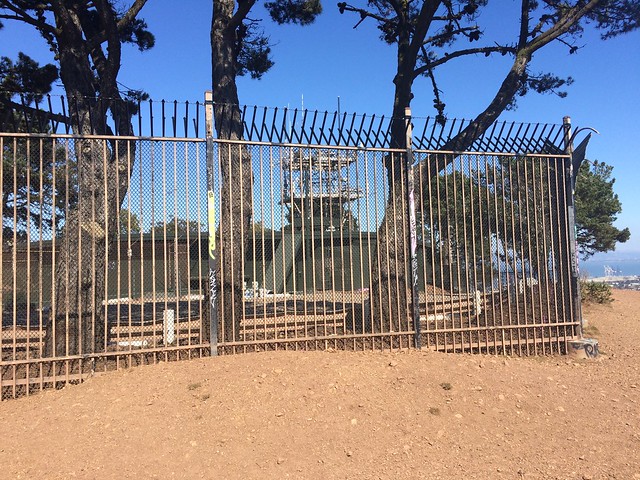 16 thoughts on “Graffiti Removed, For Now, as Sutrito Tower Facility Gets a Coat of Paint”