Ah, the things we do for love.

You no doubt recall that weird incident earlier this week which saw a car crash into a guard rail near the summit of Bernal Hill beyond the access road gate. And then, of course, the driver of the vehicle declared he was Steve Jobs.

Well it turns out the whole thing was a romantic interlude that went horribly, terribly, insanely, stupidly wrong. So someone at SFPD’ Ingleside station had a lot of fun writing it up in the station’s normally staid crime newsletter:

Arrests:
7:20am  Bernal Heights/Anderson Vandalism
The third time was not a charm for two young lovers who wanted to park in a spot with a view of the City. The man and woman decided to consummate their feelings by the Bernal Heights radio tower. However, the road to the tower is protected by a gate thwarting their amorous plans, but only for a short minute. The lovers decided that no gate was going to prevent a wonderful morning so the two, in their Honda Civic, rammed the gate to gain entrance. But the gate didn’t break. So, they backed up and hit the gate a second time and again the gate held tight. The third time, they backed up even farther, and successfully broke open the gate, before speeding up the access road to the top of the hill. All the noise alerted nearby residents and dog walkers who promptly called police. Ingleside Officers Wong and Chang responded and found the couple, and their severely damaged Honda, parked near the radio towers. Both were put in custody and the driver, who didn’t have a valid California license or insurance, was booked for trespassing, vandalism, malicious mischief, and other charges. Report number: 150233507 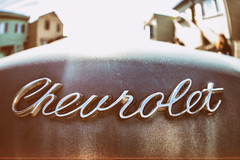