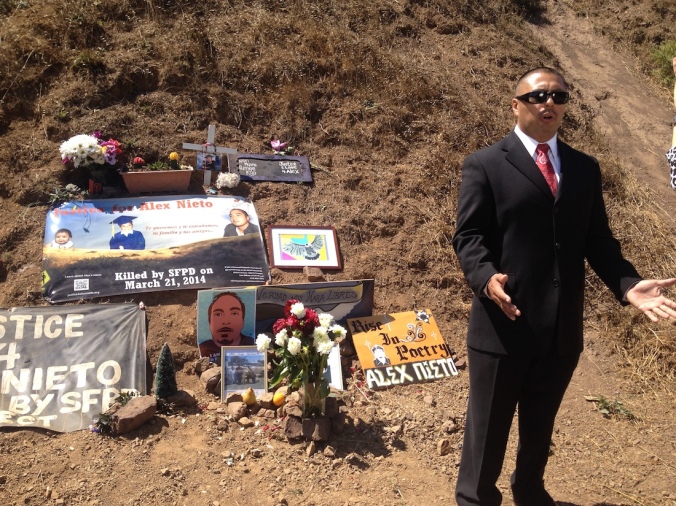 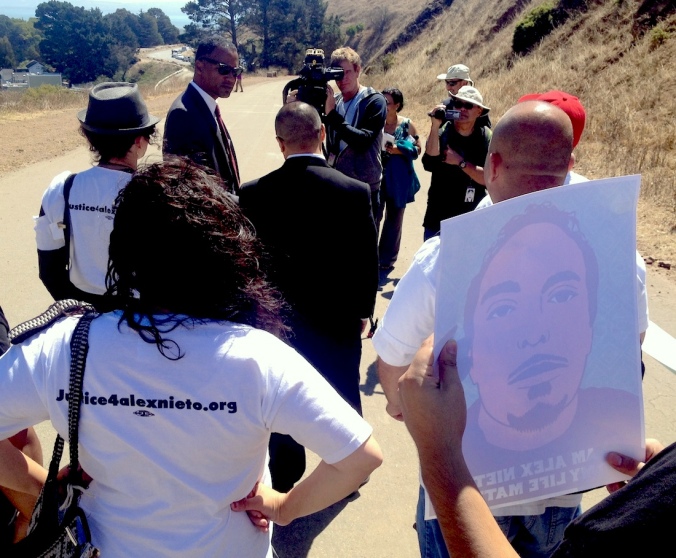 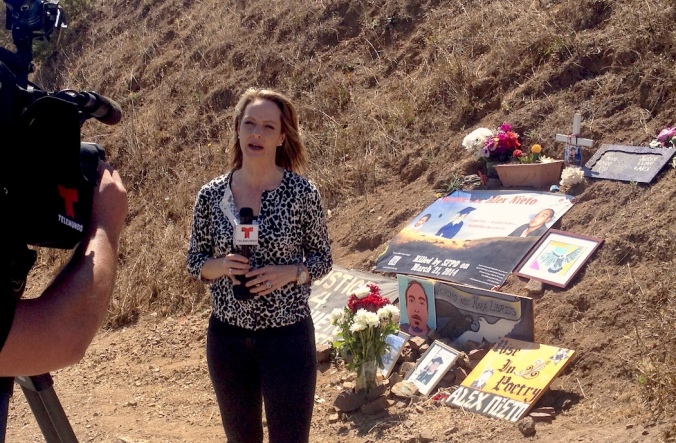 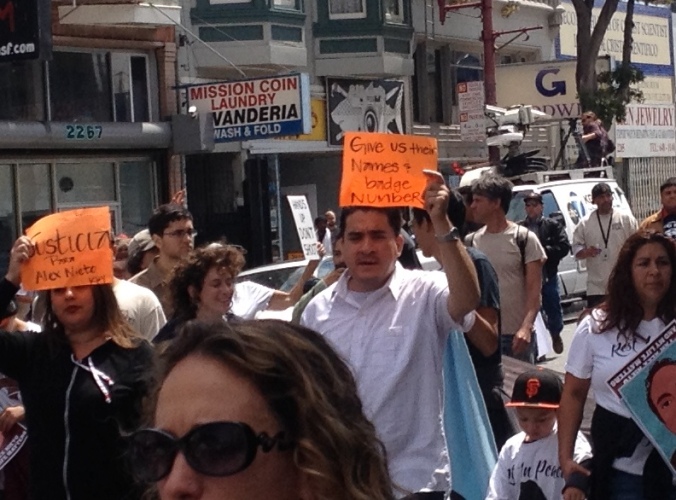 There is a grim parallelism to many of the recent officer-involved deaths across the country, including the cases of Michael Brown in Ferguson, Eric Garner in New York City, and Alex Nieto here in Bernal Heights. But there are also important differences. In Ferguson and New York, medical examiners’ reports have been completed and released, and the identity of the officers involved in the incidents has been made public. But that hasn’t happened in San Francisco.

Against that backdrop, last Friday’s memorial for Bernal resident Alex Nieto on Bernal Hill was noteworthy not just because it was entirely peaceful, tightly focused, and well-organized, but also because it underscored the fact that, even after five months, Alex Nieto’s family still seeks the kind of basic information about their son’s death that has already been made public in high-profie cases elsewhere.

Friday’s march coincided with the Nieto family’s filing of a wrongful death complaint in federal court regarding the officer-involved shooting of Alex Nieto on March 21.

The parents of a 28-year-old man shot and killed by San Francisco police officers on March 21 filed a federal lawsuit against the city and its police chief Friday.

The lawsuit disputes statements SFPD Chief Greg Suhr made just days after the shooting, and supporters of the slain Alejandro Nieto are suggesting a cover-up. Attorneys for Refugio and Elvira Nieto say witnesses came forward to dispute the assertion that Nieto pointed a Taser stun gun at officers just before he was shot.

A crowd of about 150 marched from the site of Nieto’s shooting to San Francisco’s federal courthouse Friday. Protesters’ chants referenced several controversial shootings by Bay Area police and the shooting of Michael Brown in Ferguson, Missouri that has recently dominated national news.

Nieto’s death sparked anger in San Francisco’s Mission District. He was well known in the neighborhood and a criminal justice student at City College of San Francisco where he was studying to become a juvenile probation officer. He had been an intern with the city’s probation department.

He also worked as a security guard at a nightclub near the Mission and carried a Taser for the job. Nieto stopped to eat a burrito atop the city’s Bernal Heights Park on his way to work the evening he was shot.

Someone saw the holstered Taser and called police, according to Suhr’s statements and SFPD scanner traffic from the night of the shooting.

Suhr told an angry crowd at a March 25 town hall meeting that officers approached Nieto and asked him to show his hands. He said Nieto drew his Taser, which automatically emits a laser sight. Officers only shot after they noticed the red dot “on them, tracking,” Suhr said.

“They believed it to be a firearm, and they fired at Mr. Nieto,” Suhr said. “Mr. Nieto went to the ground. He assumed a prone position, again he acquired the dot, continued to track as other officers arrived.”

Suhr said at the time Nieto was prohibited from owning a firearm “for mental health reasons,” a statement also disputed by his supporters.

“The notion that he was waving a Taser, displaying a Taser, acting out violently with this Taser in any way toward the officers just flies in the face of what independent parties have come forward to say,” Pointer said.

SFPD Chief Suhr’s March 25 community meeting stands as the most up-to-date official account of the events that culminated in Nieto’s death, but it beggars belief that the City still cites that meeting as its official version of events. The problem is not that the March 25 meeting was chaotic and emotional — which it was. The problem is that it was preliminary and unverified. In the five months that have elapsed since the meeting, its credibility has been undermined by the City’s failure to complete the medical examiner’s report in the Nieto case and the unconfirmed nature of the SFPD’s accounting of what happened on Bernal Hill during the evening of March 21.

The City and the SFPD are doing themselves no favors here.

This is Elvira and Refugio Nieto, in the right foreground, carrying a banner during Friday’s march to the Federal Courthouse. Neighbors Refugio and Elvira live on Cortland Avenue, and Alex Nieto was their son: 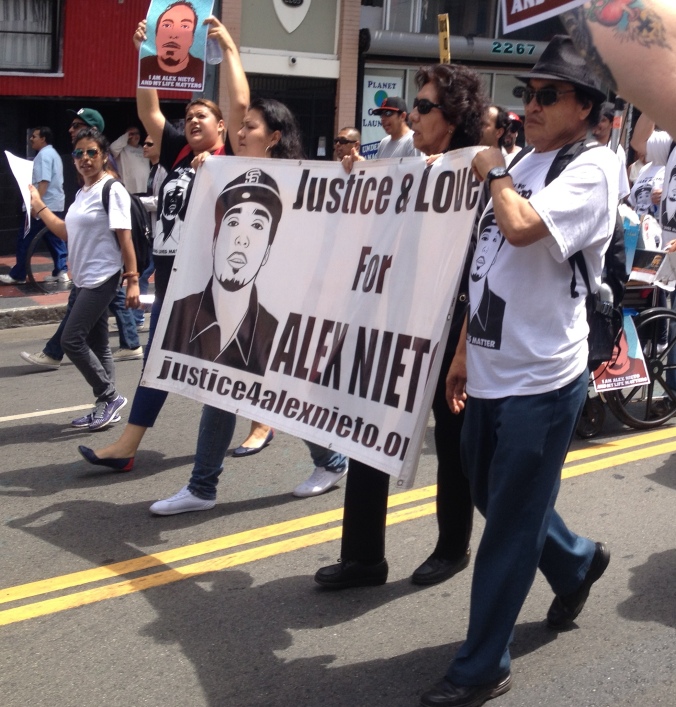 In the absence of a more complete and credible set of facts about the March 21 incident, it’s not hard to understand why Alex Nieto’s grieving family and friends — our Bernal neighbors — are using whatever means possible to develop their own narrative about how and why his life was taken.