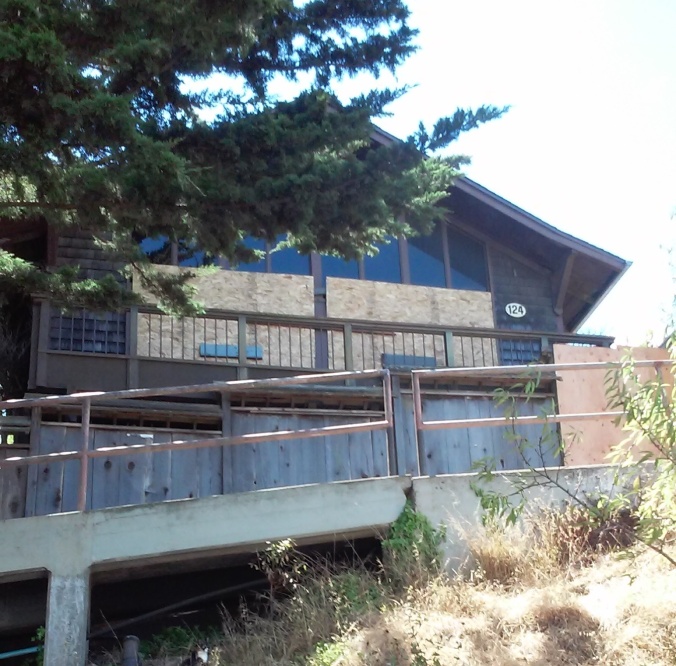 It is 2014 and San Francisco is booming, housing is scarce, real estate is ridiculously expensive, and Bernal Heights is officially the sexiest neighborhood in the entire galaxy. And yet, somehow, in the middle of all this, it’s still possible for a million dollar home to become a semi-abandoned party shack where local miscreants can get drunk, enjoy the view, and trash the joint.

The party house is that Tahoe-style ski chalet that came up for sale on Mullen last March. The place sold for $950,000 in April, but since then it has had no regular occupants — except some errant local youths.

The house that recently sold on Mullen Ave has sat dormant since the sale, encouraging locals to break in and party. It’s unclear who the culprits are, but there have been many gatherings of youth on the open space next to the house. Police responded a few weeks back and apparently nabbed a few people, but the partying continues. The next morning, dog walkers typically find liquor bottles strewn about, (along with the security caps found on higher-end booze.)

Neighbors have not met the new owner, but workers have come from time to time to add new plywood to the facade, only to have it pried off within 24 hours. I took these pics from outside, but I could have easily entered this million-dollar fixer-upper. Neighbors worry that these gatherings will continue. What is the obligation of the new owner to prevent these break-ins?

On the bright side, this can only mean Bernal has not yet gentrified to the point of becoming like Greenwich, Connecticut. Woo hoo!