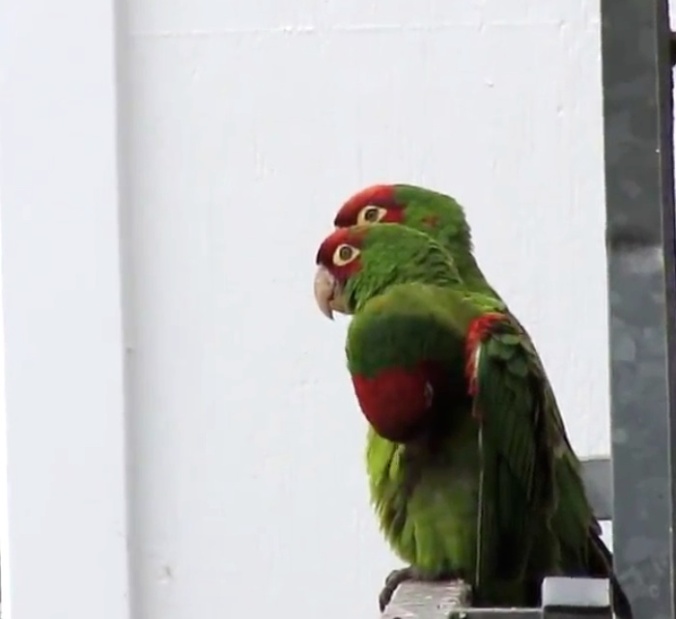 It’s been a while since the Dissident Parrots of Bernal Heights dropped by Bernalwood’s Eastern Bureau, but on Tuesday they were seen holding a meeting near a neighbor’s bird feeder.

Normally gregarious and chatty, the video below reveals that the parrots were unusually quiet and mellow.

Bernalwood has been unable to ascertain whether political tensions may have been weighing on the minds of these dissident parrots, or if perhaps they were just chilling out after a visit to the Bernal Heights Collective on the other side of the hill.

3 thoughts on “Dissident Parrots Take Refuge in Bernal Heights, Have Little To Say”