He’s here to catch a marmot.

This is a marmot:

Yes, the elusive marmot that has taken refuge in Bernal Heights remains at large in the area around Bocana and Ellert Streets.

But Duane works with Wildlife Emergency Services, and he’s very confident the decontextualized rodent will be safely captured. Soon. And then, after the marmot has been brought under control, Duane will gently return the cute animal to its native biome in the High Sierras.

The rodent, which is a member of the squirrel family, isn’t a city dweller, and experts want to get the little creature back home to the Sierra Nevada.

“We’ve tried a few things,” said Duane Titus, of Wildlife Emergency Services. “We’ve tried a little spinach. There’s some mixed nuts. There’s a little bit of apple pie. They’re omnivorous, so I have no idea which one will work, but it will be interesting to find out.”

(We might have suggested one of those yummy waffles from the new Suite Foods kiosk in 331 Cortland… because no omnivorous creature could possibly resist that.)

Anyway, Duane is requesting assistance from the Citizens of Bernalwood to help him figure out where exactly the marmot came from, so he/she can be returned to the very same place. “To its family,” as Duane told Bernalwood.

Based on various bits of evidence — namely, neighborhood sighting reports and marmot guano piles — Duane estimates the marmot arrived in Bernal Heights sometime around June 20. He also suspects the marmot’s home was somewhere around the 6500-foot mark in the Sierras.

So, If you live in Bernal, and you recently returned from a trip to the High Sierras; or, if you received a delivery from a vehicle that may have come from the High Sierras, Duane would like to hear from you, in case the marmot hitched a ride under the hood of your vehicle, as they are apparently wont to do.

Here’s how to help: If you  returned to Bernal Heights from the mountains not long ago, please call Wildlife Emergency Services at (866) 945-3911. They’re eager to speak with you.

All that said, Bernalwood suspects that the marmot is no longer in Bernal Heights. Indeed, Bernalwood’s sources tell us the elusive marmot is actually holed up in the transit zone of the Moscow Airport, where it has been seen in the company of international fugitive Edward Snowden, while nibbling on apple pie.

You heard it here first.

Nice try with the spinach Duane, but I’m more of a kale kind of marmot. (And maybe something from @ICHISUSHI while you’re at it.) 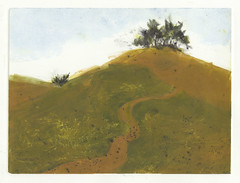 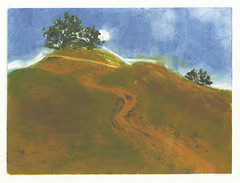 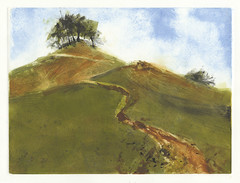