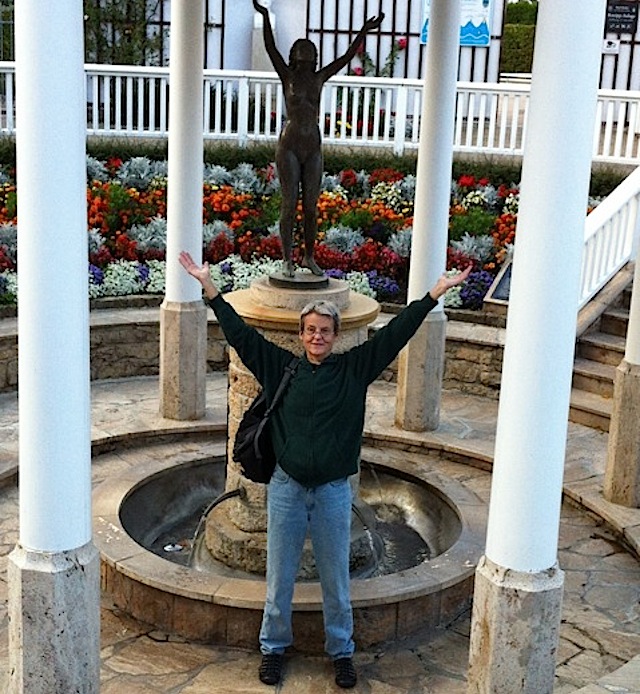 Neighbor Micky sends along news about Neighbor Mary Isham of Andover Street, who is now battling liver cancer. Her fundraising drive to pay for cancer treatment will soon come to an end.

Bernalwood’s January 7 story on Mary Isham’s campaign to raise money for much-needed cancer treatment helped her generate over 25 donations on her fundraising drive which ends on March 31.

When Mary returned from her first trip to Germany, she was detained by customs in San Francisco for over 2 1/2 hours because of a difference in the radiation identified in her body and her backpack. San Francisco Chronicle covered the story and when she returned form her next trip to Germany, she was barely off the plane when she was pulled aside by custom officials. They apologized for her difficult experience the last time and personally escorted her through many doors until she landed on the street without any search or scans!

PHOTO: Mary Isham in Germany after her first trip in September