It goes without saying that the situation in Japan is upsetting. As fellow fault-dwellers, most of us feel a spontaneous sympathy toward others who endure the calamity and loss of an earthquake — and a 9.0 is a VERY big quake.

Then there was the tsunami. Luckily, that’s not too much of a danger for us, because a) Unlike Japan, most of California’s faults are located onshore, and b) We live on a hill that’s shielded from the ocean by an even bigger hill.

But Japan’s crisis may yet arrive on our front doors. Thanks to the out-of-control nuclear power plant at Fukushima (which, it should be remembered, was crippled by the tsunami, and not by the earthquake) it’s entirely possible that the disaster could reach us here — in the form of a radioactive cloud.

The experts say we probably don’t have too much to fear. But if you want to monitor the situation from the safety and comfort of your own fallout shelter, visit a special site created by the Central Institute for Meteorology and Geodynamics in Austria. They’ve built a series of animated maps that model the dispersion of the radioactive cloud. So far, we sit just beyond the nuke cloud’s reach: 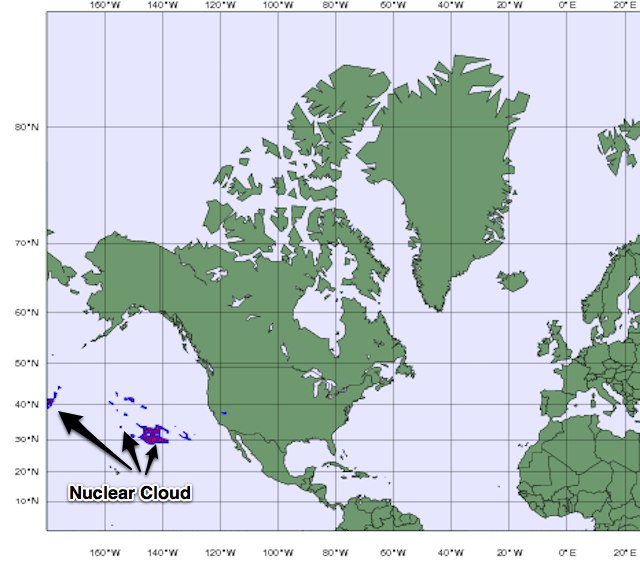 But if things get even nastier at Fukushima, Bernalwood residents might want to check these maps regularly to know when it’s time to take precautions.