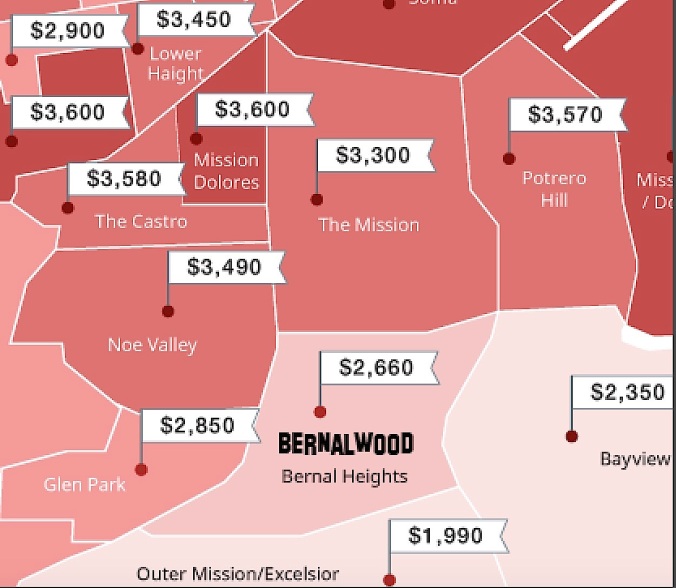 The number-crunchers at the online apartment rental site Zumper recently crunched the numbers to determine the current median rent for a 1-bedroom apartment in various neighborhoods around San Francisco. Not surprisingly, the data reveals the rent is too damn high. Our friends at CurbedSF summarize the story citywide:

Zumper reports a slight (2.6 percent) increase in the price of a one bedroom in the city, and a larger (3.8 percent) jump for two bedrooms, but notes that things aren’t as bad as they were at peak prices last summer. Whether this is bad news or not as bad as it could be probably depends on how inured you are to such things.

All that said, when Bernalwood looked at Zumper’s analysis, we were pleasantly surprised to see that median rents in Bernal Heights ($2660) remain on the less-expensive side, relative to comparable nearby ‘hoods such as The Mission ($3300), Potrero Hill ($3570), Glen Park ($2850), and Noe Valley ($3490). So while it would be ridiculous to boast that Bernal is low-rent, we can still boast that we are somewhat lower-rent. Woo-hoo!

Here’s data covering the rest of the city, for the morbidly obsessed: 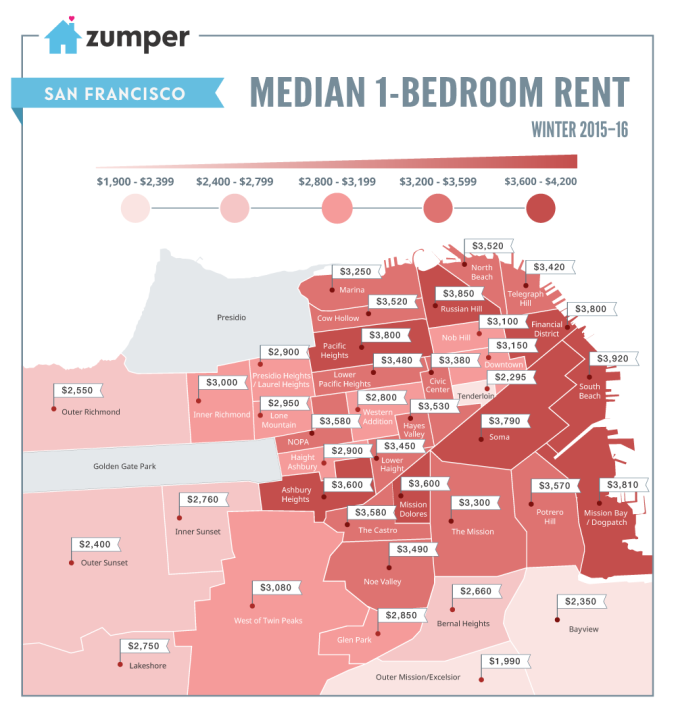