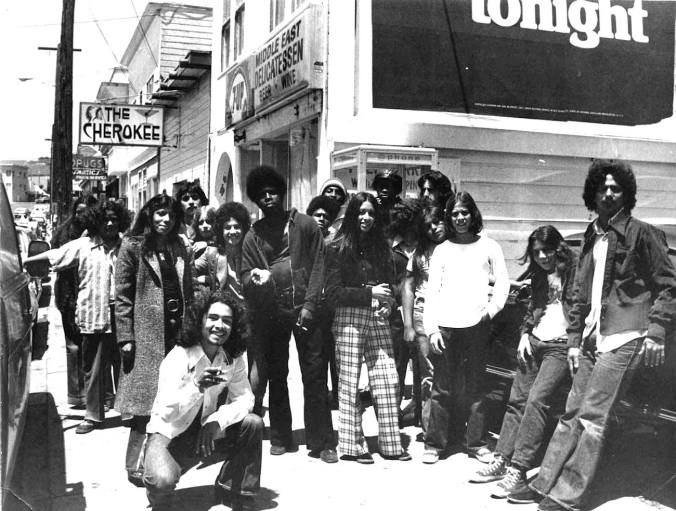 Our friends at the Bernal Heights History project just shared this ridiculously groovy photo of Bernal residents posing for a photo on Cortland Avenue (looking west from Andover) in the early 1970s.

Let’s zoom and enhance to partake of some details:

A few things to notice:

Meanwhile, there’s a fun conversation happening at the Bernal History Project Facebook page as some Bernal old-timers try to identify the people in the photo. 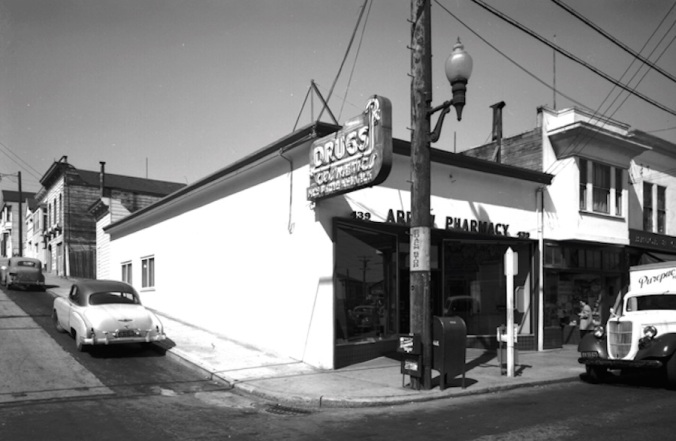 When Arrow Pharmacy on Cortland was sold by owner Michael Anthony Callagy, Jr. in 1996, San Francisco columnist Steve Rubenstein penned “Ode to a Pharmacy’s Passing – For seniors, S.F. druggist’s closing is a bitter pill” in memoriam.