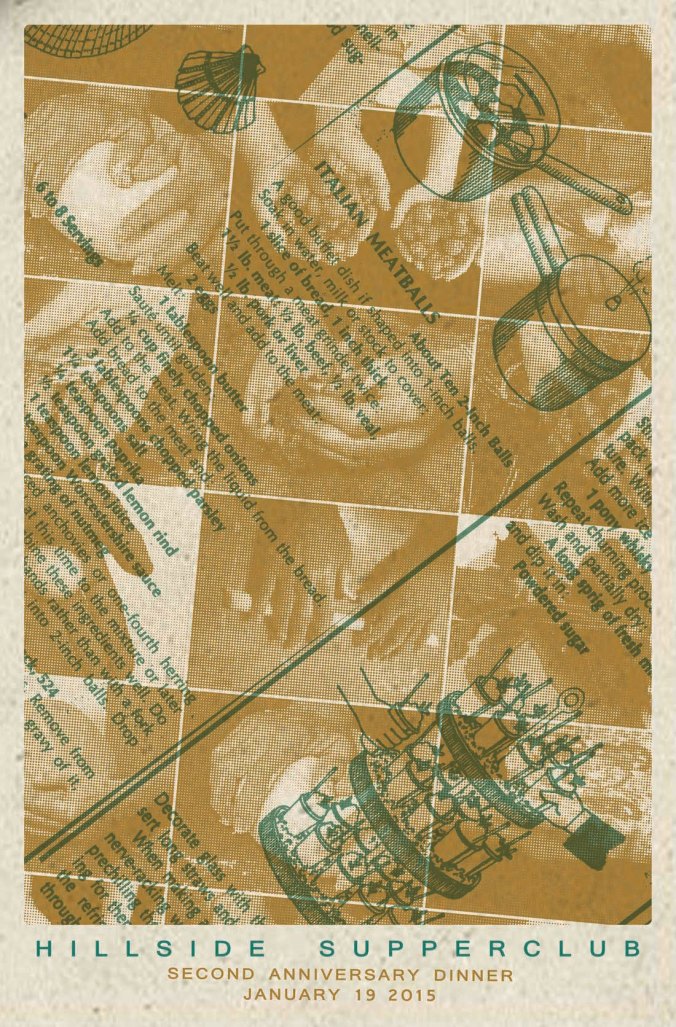 Has it been two years already?  Because it seems like just yesterday that the Hillside Supper Club crew was wandering around the Mission District in pop-up mode, dreaming of one day opening up a restaurant of their very own in Bernal Heights.

They did it, of course — inside the former sad Italian restaurant (and former rowdy hippy biker bar) on the southwest corner of Precita Park.

So on Monday, January 19, Hillside Supper Club is celebrating its second anniversary, and Chef Tony Ferrari writes to say he hopes you’ll drop by after 9:30 to celebrate:

Want to shoot over some details about our second anniversary dinner/party. We’re having a special reservation-only dinner earlier in the evening — but its already sold out.

After dinner is over (I’m guessing around 9-930ish) we will open up to the public and welcome everyone to celebrate the rest of the night with complementary sparking wine, five dollar draft beers, and seven dollar glasses of wine.

We again want to thank all of our friends, family, neighbors, guests, bernal heights, and industry folk for supporting us and allowing us to do what we love most: feeding people. We have come a long way and don’t plan on stopping any time soon. We are honored and grateful to be apart of it all.

We look forward to celebrating with everyone!

PS: Our limited poster was screen printed by hand with Jon Fischer, and we will be giving them out during the night.

Separately (though not surprisingly) none other than The Michael Bauer, eminent food critic for the SF Chronicle, recently revealed that Hillside Supper Club makes some of his favorite pot pies in town.

Your Bernalwood editor is no The Michael Bauer, but I did dine at Hillside Supper Club on Friday night, and I did order the very same venison pot pie described below. So I can indeed confirm: It is extremely delicious: