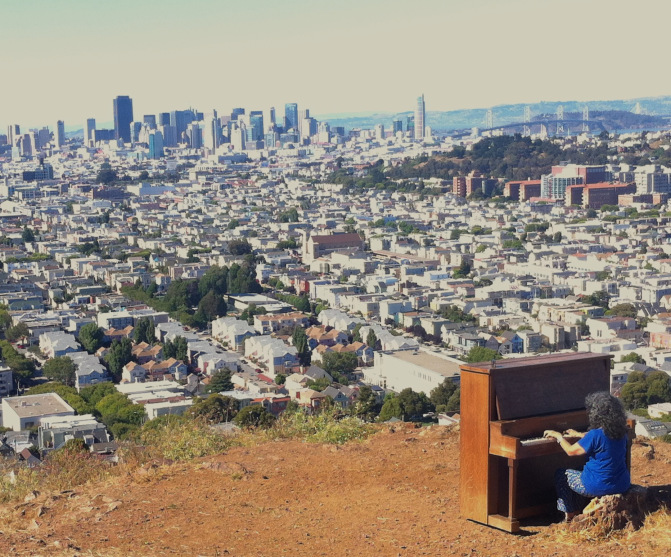 Now, as an esteemed member of the Bernal Heights Alumni Network, San Francisco remains on her mind, and she recently shared some memories on her blog:

I moved to New York on September 1st, 2013. I often get asked, by people both here and in California, whether or not I like it. And I feel like I should be completely sure how to answer them, but I’m not.

My coworkers, my parents, or my friends back in California (many of whom I still text or Gchat with on a near-daily basis, one of the few plus-sides of contemporary tech-communication norms) usually pose this question as well-meaning small talk, but I’ve yet to come up with a confident answer. I feel 100-percent sure that I needed to move here at some point my life, and 110-percent sure that I chose the perfect time to do it. But whether I think that New York is patently better to live in than San Francisco or any other decent metropolis? Well, I’m just not sure about that, no matter how many people tell me that the colloquial Big Apple is the best city in the world. There’s so much to it, I know, but it lacks trees (especially of the palm variety), decently priced avocados, and underdog charm (something that’s rapidly and violently being sucked out of my beloved San Francisco).

The house that I left behind was at the base of Bernal Hill. I would take 6-minute hikes from my front door to its peak, where I could ogle all of the Australian Shepherds in the city as they chased each other in circles around its slopes. Once, some local do-gooder mischief-makers dragged a stand-up piano up to the top of it, and people would play concertos and shit while others would sit in circles around them like hungry first-graders. Another time, someone made an expansive crop circle at its base out of red rocks. It was magical.

That’s just a taste; to finish the thought, read the whole thing.