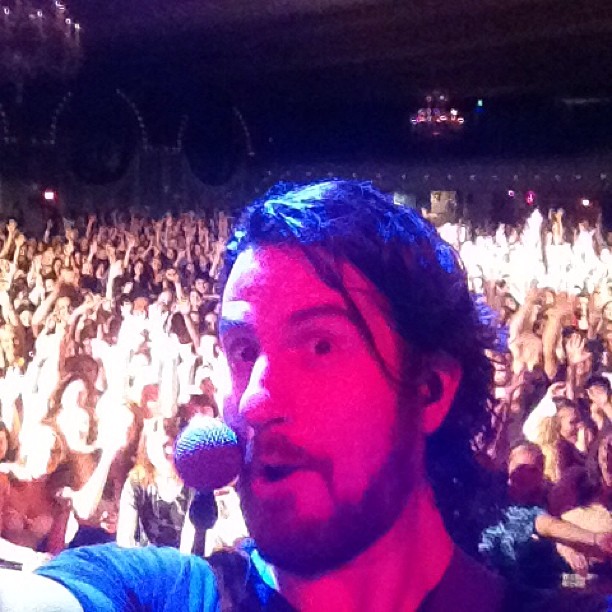 Natt Nathanson, Bernal’s friendly neighborhood rockstar next-door, has been away from home a lot lately. He’s on tour to support his new album, although he was back on-hill recently for a local swing to headline a glamorous show at the Fox in Oakland: 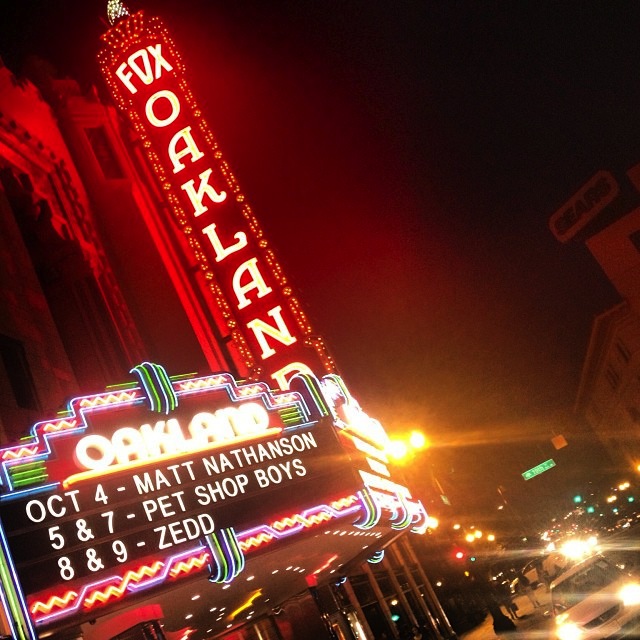 Somewhere around Portland, Neighbor Matt started taking selfies during each show, and sharing them on the Instagram. It’s kind of become a thing. Here’s one from that Oakland gig: 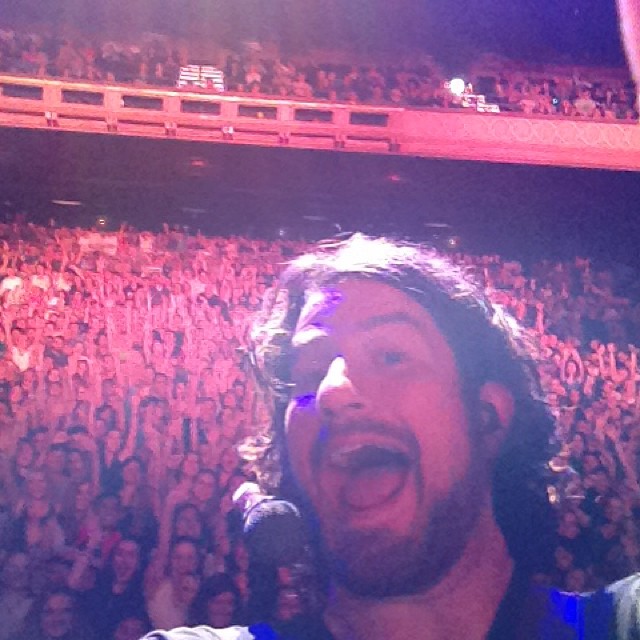 This was Wednesday night in Denver: 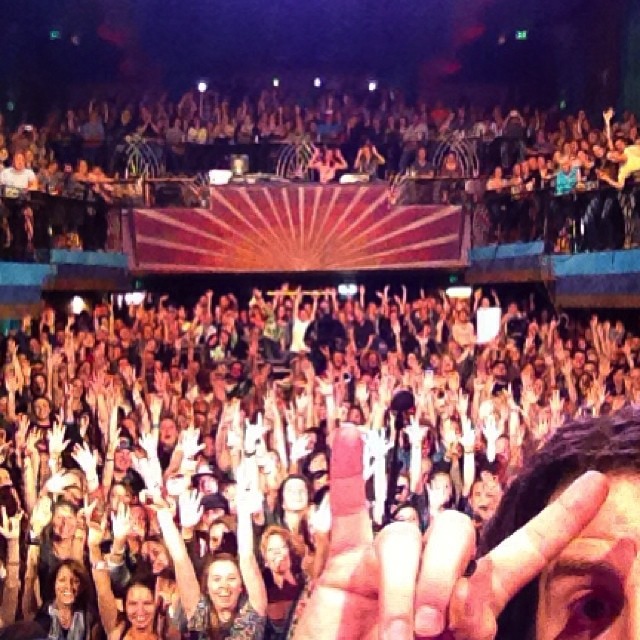 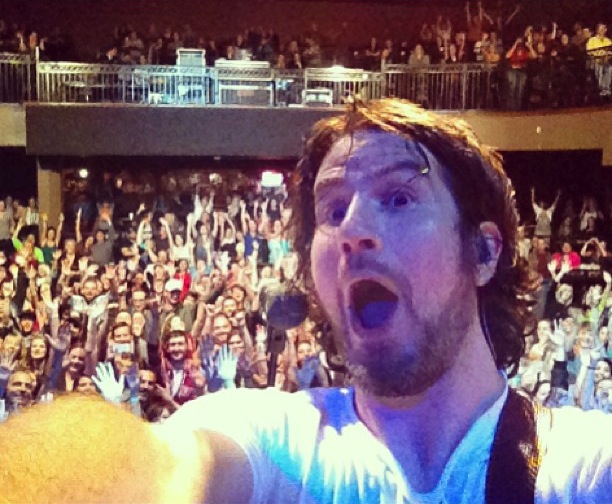 You get the idea. Of course, as much as Neighbor Matt makes it all look like party fun woo-woo, we all know he would much rather be here with us, earnestly sipping double-shot locavore lowfat organic soy latteccinos on Cortland and searching in vain for a shopping cart at our Taoist Safeway.

Instead he’s hard at work rocking America and rolling from city to city in a custom tour bus like the one in that wistful Journey video. We understand that he’ll be back sometime around Thanksgiving, at which point Bernalwood suspects he’d be very happy to take a selfie with you on the Good Life checkout line… Just like us!