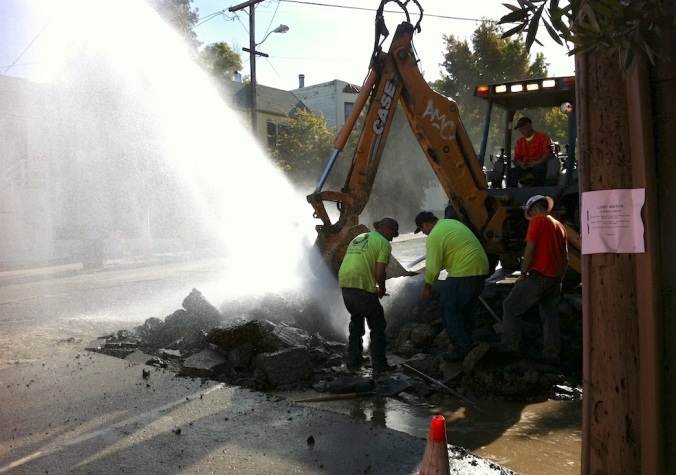 There was more waterplay near Precita Park this morning. Neigbor Gabe reports from fashionable Alabama Street:

I was playing with my son at the Precita Park playground this morning when we saw a fountain of water spray from some street work they were doing on Alabama St.  Turns out they were digging near a water main and hit the supply line.  About 10 minutes later they managed to hammer a makeshift plug into the open pipe and stem the flow.

I talked with the foreman, and he mentioned that had they were close to hitting the water main which would have been far worse. 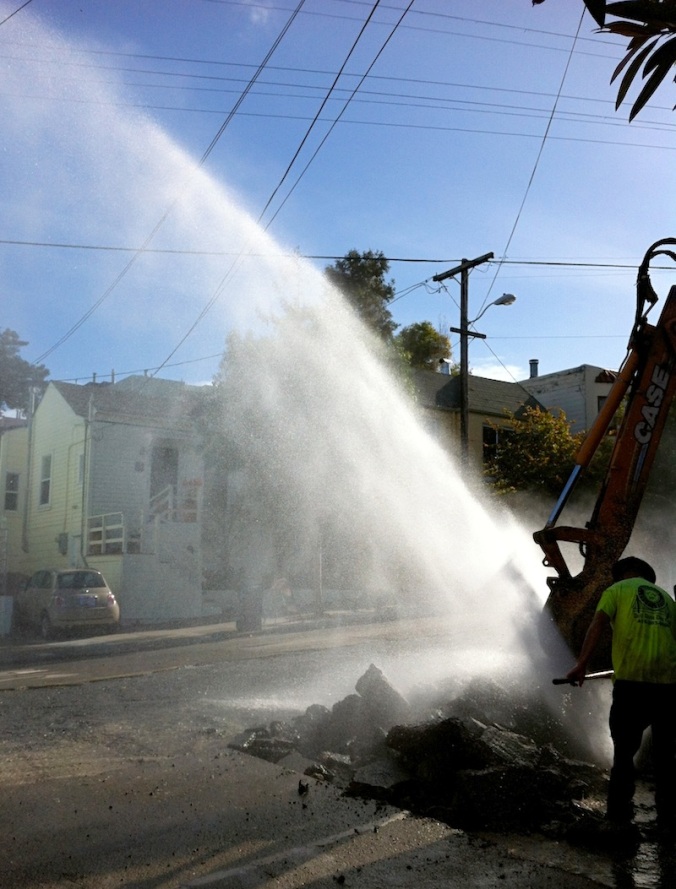