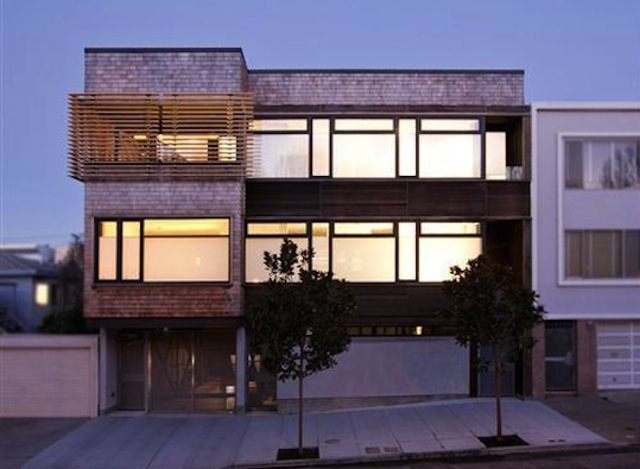 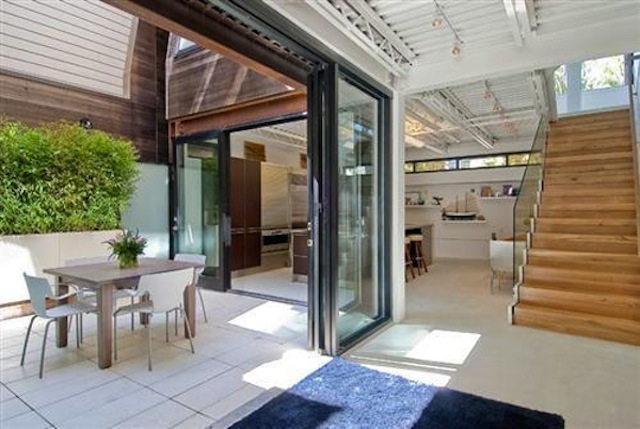 California Home and Design takes a look at a new home that was recently completed in Bernalwood at 3119 Harrison Street, between Precita Park and Cesar Chavez:

The Basics: A two-unit building, offering a total of six bedrooms, more or less, six baths, plus a lot of parking, for $3.49M, sort of in the Bernal Heights neighborhood of San Francisco, barely, and almost in the Mission.

Not So Basic: New construction in a very current design, it’s now offered as a single property with “Luxury Compound can be modified by builders to meet your every need!” prominent in the listing text. It had originally appeared on the market in 2009 as two units for $2.37M each, then as two units at $1.695M and $1.895M respectively (one is a tad larger) and now again as one for a total of $1.25M less. Their rationale is probably that more expensive properties have sold well in San Francisco, and so the developers are offering to rework it as one luxury property for someone who’s rich, young and relatively fearless.