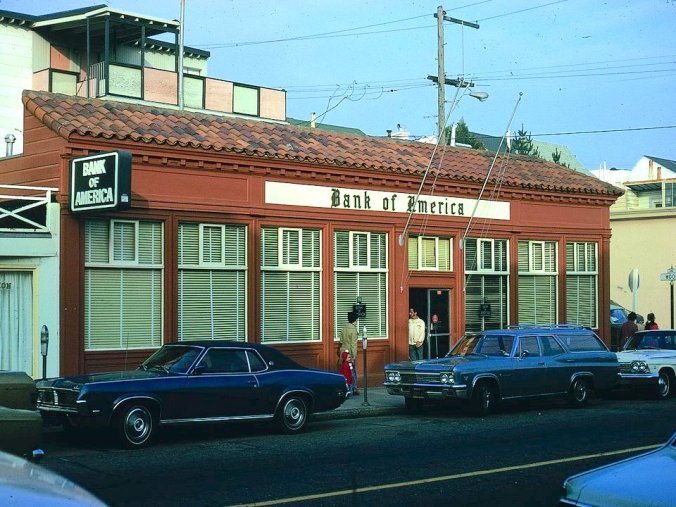 This story was written by Nathan Falstreau from Hoodline, in partnership with Bernalwood:

Customers of the Bank of America branch at 433 Cortland Ave. in Bernal Heights received a letter late last month stating that the branch will close in November. The notification comes a year and a half after the bank announced it would no longer staff human tellers.

The closure is part of a recent trend as more customers look to their phones to do business—Bank of America CEO Brian Moynihan moved to close many of its retail locations in an effort to lower costs by bringing more customers onto its online and mobile banking platforms.

The decision by the native San Francisco business—now based in Charlotte, NC—was the result of internal data indicating a shift in how customers interacted with their local branches.

Community banking is essential for small businesses, as well as for more marginalized members of the community like seniors or those whose primary spoken language isn’t English.

“This has a big impact on us as merchants, and that further extends to our customers that use the bank,” nearby Heartfelt owner (and Bernal neighbor) Darcy Lee told Bernalwood in 2015. “There are many senior citizens that use this as a resource in Bernal.”

While many consumers are content with mobile and online banking, it’s not so simple for shopkeepers. “All of us as merchants need money—actual coins and bills—sometimes multiple times in one day,” said Neighbor Darcy. “We also make large cash deposits.”

Bank of America’s Cortland Avenue location opened in 1927 as the neighborhood was still rebuilding after the 1906 earthquake; the bank still owns the building.

The branch was also historically the only banking center on Cortland Avenue—even to this day—making the closure even more problematic for neighborhood residents. The nearest banking service is a Wells Fargo ATM at 601 Cortland Ave.

“I don’t usually get choked up about banks,” Neighbor Julie told Bernalwood. “But this one does feel like a piece of the neighborhood.”

The last day for banking at the Cortland Avenue branch is November 28th.

16 thoughts on “After 90 Years, Bank of America Will Close Cortland Branch”