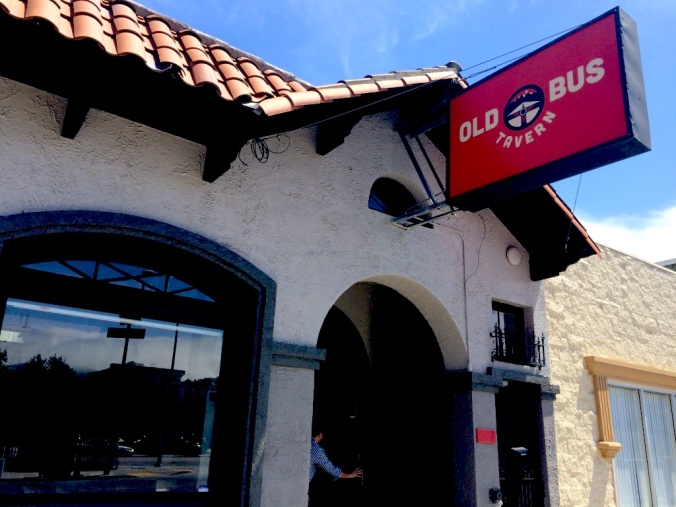 The Michael Bauer returned to the fabulous Old Bus Tavern at 3193 Mission (near Valencia) recently to take new chef David Zboray’s food out for a test-drive. Two-and-a-half stars later, he says he liked the experience:

The most substantial main course was grilled swordfish ($29), expertly cooked and presented next to a salad of kohlrabi, pickled fennel and charred scallions. The only flaw was the mushy butternut squash risotto underneath.

While [former chef Max] Snyder’s top-class chili didn’t make the cut for the new menu, Zboray retained the must-order quail eggs ($10), brined, poached and arranged on a nest of fried leeks, hot from paprika. He’s also included the cheeseburger ($14) made with sharp cheddar, pickles, a secret sauce and ketchup, an ingredient I usually avoid for anything but french fries — but in this case it worked well.

The waiters are good salespeople for their products; they know the menu and are adept at explaining the beers and cocktails. They are also attuned to the finer points of service, a surprise in such a casual environment, where the crowd becomes more animated as the night wears on. Oftentimes there are gaggles of people dining or standing at the bar, separated by a counter from the 49-seat dining room.

Meanwhile, as a special bonus, neighbor Ned Buskirk of Elsie Street is working with the Old Bus Tavern team to fill the space with music on Sundays. Neighbor Ned says:

The Old Bus Tavern owners are about as down-to-earth & sweet-hearted as any good Bernalite would hope for AND the food/beers fit the tastiest of additions to our local options.

So, I’m booking regular music there every Sunday now, and we want to start making a name for the local spot, for all the right reasons… music being a big one of them.

This Sunday, December 4, the lineup includes amazing food by Soul Cocina and live music by John Elliott (aka The Hereafter)! Bar opens at 5pm and food starts at 6pm. Check out details about Sunday’s menu right here.

4 thoughts on “The Old Bus Tavern Now Has 2.5 Bauer-Stars and Music on Sundays”