Oh man. My Cole Hardware is on fire. Mission and 29th. Taco Loco probably burning too. Be careful. Via CBS KPIX.

Mission and 29th St. five alarm fire in SF – So much smoke you couldn't even see Bernal Hill pic.twitter.com/zvteZIzXzx

A five-alarm fire broke out this afternoon at around 3 pm on the 3300 block of Mission Street, near 29th Street. Initial reports indicate the fire began in 3318 Mission, the building that houses the Playa Azul restaurant.

The blaze quickly spread to Cole Hardware next door, followed by several other buildings on the block. This was the view from San Jose, looking east down 29th toward Mission:

By 4:15 pm, the SFFD said the fire was not yet under control. No injuries are reported, but many Bernal neighbors who lived in the impacted buildings are now displaced.

Bernalwood will provide additional details on the fire, and efforts to assist our displaced neighbors, as more information becomes available.

5:50 pm: As firefighters continue working on the scene, the scope of the damage is becoming more clear. The Playa Azul and Cole Hardware buildings are gutted. The corner building that houses the 3300 Club shows clear burn marks on the back side. 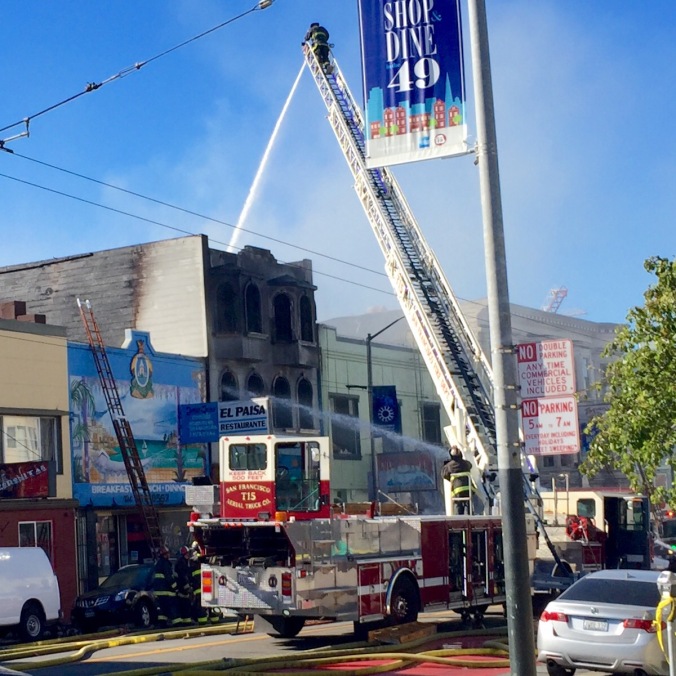 Meanwhile, along with the mayor, the Red Cross is on the scene to assist displaced neighbors. 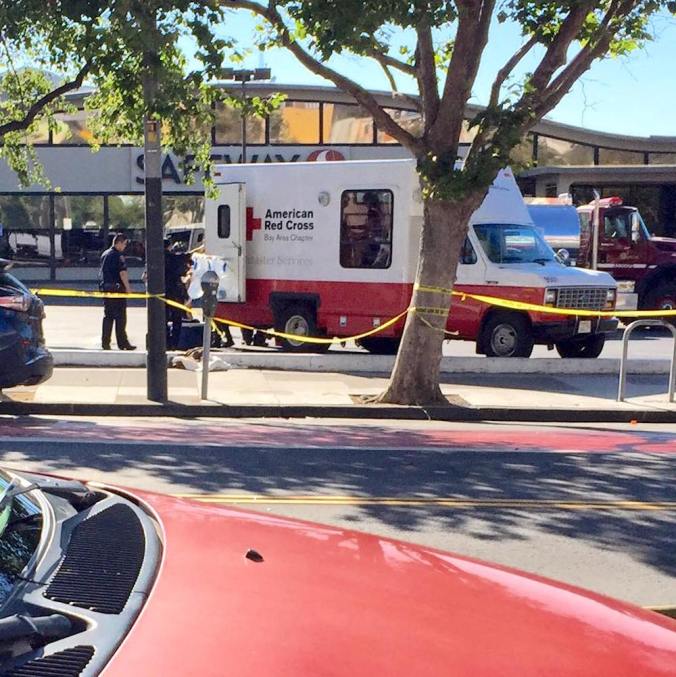 9:08 pm: Bernalwood is in contact with the Salvation Army, where displaced residents will be sheltered tonight. The Salvation Army asks would-be donors to hold off on donating items until the exact needs of the victims are properly assessed.

The Salvation Army shelter is a very temporary solution; the challenge for tomorrow will be to establish more stable transitional housing for displaced neighbors.

Sadly, many won’t be going home soon. MissionLocal shared a photo of the scene from street level on Mission. Playa Azul and Cole Hardware were gutted by the fire. Taco Loco looks badly damaged, along with the residences above in the Graywood Hotel.

19 thoughts on “UPDATED: 46 Displaced as Huge Blaze Guts Buildings on Mission Near 29th”