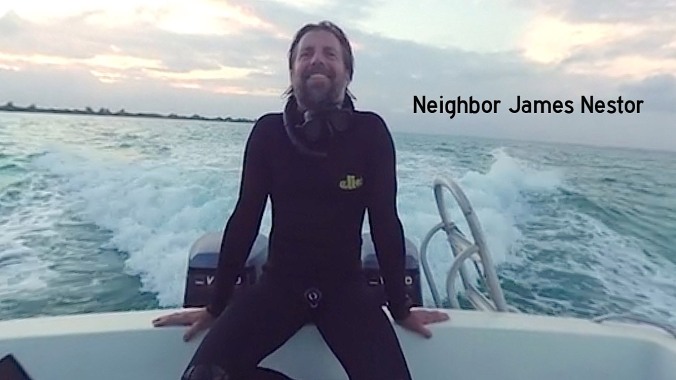 Through the miracle of modern media technology, you can go scuba diving with Ellert Street neighbor and celebrity journalist James Nestor as he dances with dolphins deep below the ocean surface. Right now.

Neighbor James is the author of Deep: Freediving, Renegade Science, and What the Ocean Tells Us About Ourselves, an acclaimed book about people who dive deep in the oceans without using external oxygen tanks. More recently, he wrote a beautiful article for the New York Times about what scientists are learning about how dolphins and whales communicate with one another. Now, as an added bonus, the Times has produced a stunning virtual-reality version of that story that lets you use you use your smartphone to experience what it’s like to explore a sunken ship and swim underwater with whales.

Since Deep came out, people keep asking me what it was like to have your body vibrated by the click vocalizations of sperm whales, the world’s largest predators. I’d usually offer up a few clumsy adjectives, then shake my head and say, “Oh, you just needed to be there.”

In November, the NYTimes approached me and director Sandy Smolan with the idea of developing a virtual-reality (VR) piece based on Deep, specifically focused around cetacean freediving research. “The Click Effect” is the result. We just premiered it at Tribeca Film Festival.

VR really is the closest thing to freediving deep and communing with these majestic, watery beasts that I’ve seen. And the best part about it? You don’t even have to hold your breath.

Tongue-in-cheek comments aside, The Click effect really is an amazing thing to experience. It’s optimized for VR rigs like Google Cardboard, but it also works as a simple 360-degree video that you can watch and explore simply by moving your phone to look around. (Headphones strongly recommended!)  As an added bonus, Neighbor James makes a cameo in a wetsuit. Raaawr!

The Click Effect is available for iPhone or Android, and you can experience it by following the download links at the top or bottom of his article. Try it! 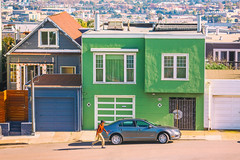