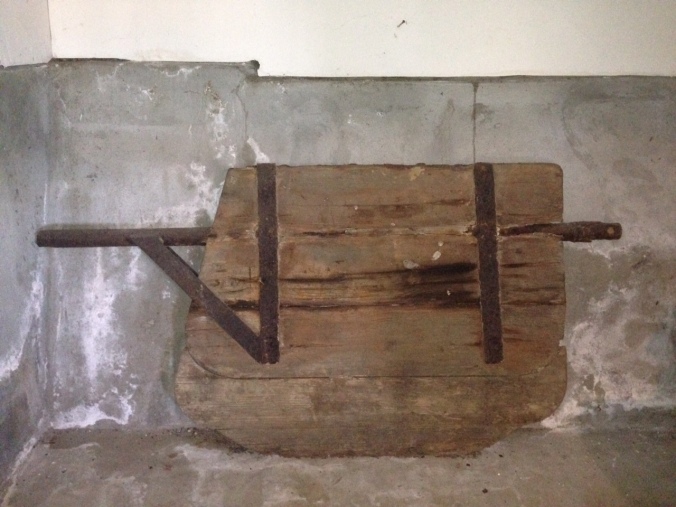 Neighbor Joshua has been living with a nautical artifact that was discovered in the soil beneath his Elsie Street home. It may (or may not) be haunted, but either way, he’s hoping to learn more about it. Neighbor Joshua writes:

I was hoping that Bernalwood could help me out. Several years ago when I moved into my home in Bernal, I found a rather strange object in the back of the garage.

Apparently, while they were excavating in order to to build the garage, they came across a large rudder buried in the ground (see attached pics.) The rudder is approx. 5 ft. by 5 ft. and made of wood and metal. I think it weight at least 400 lbs. if not more as it took four to five moving men to move it. 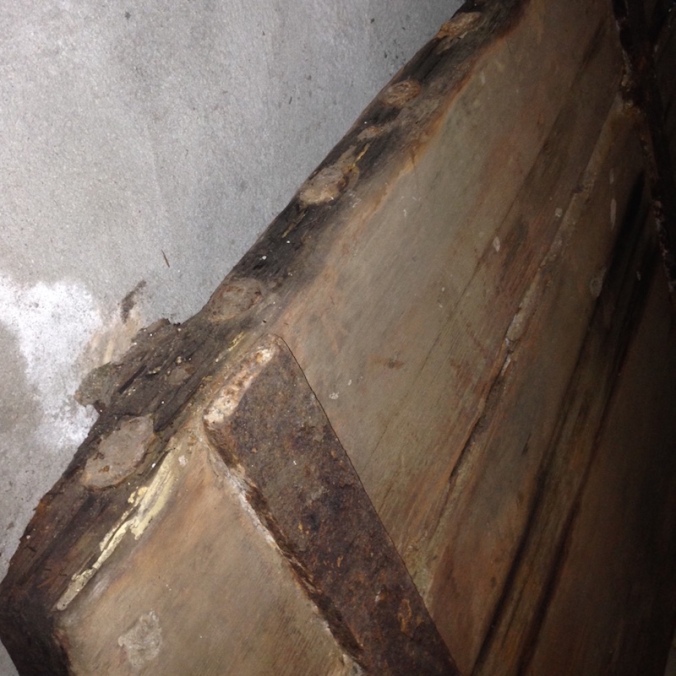 The previous owner said that after discovering the rudder, strange things began to happen in the home. He brought in a medium who claimed that the home once belonged to a sea captain whose spirit still lived in the house, and that the rudder should never be removed from the premises. In addition, the medium recommended that a toy ship be placed in the garage to appease the sea captain. I should mention that after we moved in, for some time, the back door which was securely locked, would be wide open in the morning — but I digress.

I’ve done an extensive history on my home which dates back to 1906 and there is no evidence of a captain ever living here. All that being said, I would be curious if any Bernalwood readers had thoughts about the age of the rudder. Even better if there’s a maritime expert in the ‘hood who could offer additional info.