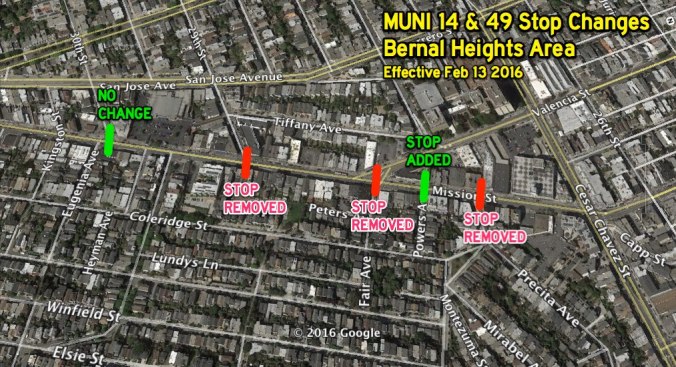 Specificially, the inbound 14 and 49 bus stops at 29th Street, Fair, and Precita Avenue have been removed, and a new stop has been created at Powers Avenue. Outbound, the same removals are in place, but the stop at Mission/Valencia remains unchanged. The stop at 30th Street remains in place for both directions. (Additional details provided  below.)

We’re changing the number of travel lanes to widen the street, rolling out a new transit-only lane, and much, much more. Let’s walk through it.

These reduce delay for through traffic and keep pedestrians safe as they cross the street. Left turn restrictions will be put in place at every intersection on Mission Street between 14th and Cesar Chavez.

All of these improvements are hitting the street starting this month!