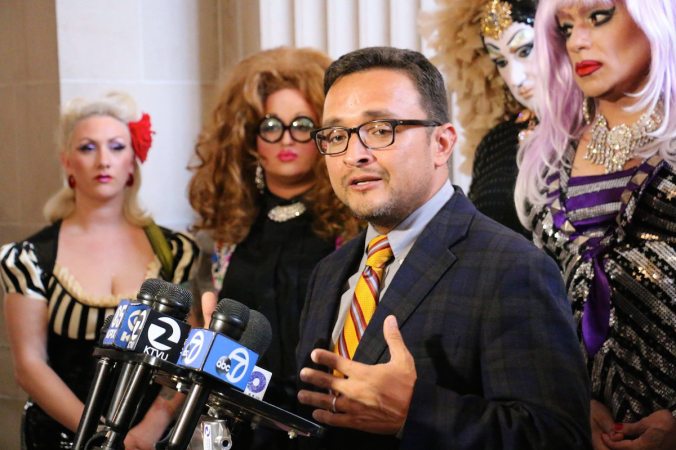 The Duel of the Dual Davids has reached its conclusion, and there can be only one.

After a few days of nail-biting uncertainty, our D9 Supervisor and Bernal Heights neighbor David Campos has conceded to David Chiu in the battle for the District 17 State Assembly seat.

A few moments ago I called David Chiu to congratulate him on his win in the Assembly race.

As I write this my thoughts are with Supervisor Harvey Milk. Forty-two years ago Harvey made a similar call when he lost his own race for the 17th Assembly district by fewer then 4,000 votes. It was one of many races that Harvey lost, in fact he was only a supervisor for 11 months before his murder. And yet the message that is most associated with him is that of hope. Right now my heart is filled with hope.

This is a time of great change in our city. And through this campaign we have sent a powerful message that the people of San Francisco are alive, spirited, and ready to fight for our values and way of life. We made clear that we love this city, refuse to be pushed out and are a force to be reckoned with.

Hmm. That’s what politicians say at moments like this, but that doesn’t mean it’s true. Indeed, the results of this election suggest the exact opposite.

Supervisor Campos carried the torch for San Francisco’s progressive movement. Yet this week, notwithstanding Bernal Heights, San Francisco voters rejected the whole slate of progressive-backed initiatives and candidates on the ballot.

Bernal Neighbor Tim Redmond argues progressives fared badly because they were massively outspent by their fatcat foes. And in fact, that’s undeniably true. But it may not be the complete story either.

The language Campos used in his concession points to part of the problem. Yes, this is a time of great and difficult change. But professional progressives have chosen to address this change largely as a source of threat and menace. The structural limitations of that approach are now apparent, and there’s no reason to believe that its demographics will become any more favorable in the years ahead either.

So now David Campos has a few more years to hone his craft on the Board of Supervisors.

He might consider embracing all his constituents in District 9, instead of treating our new neighbors like an invasive species. And he might try introducing some innovative ideas to expand and rebalance the City’s housing stock, instead of waging guerrilla warfare on the fundamentals of supply and demand.

But David Campos isn’t going to Sacramento, so this is his opportunity to try something different right here in San Francisco.