Neighbor Yatima and I recently spent some time looking at this photo, which was taken last weekend atop Bernal Hill by a Bernalwood reporter. Savvy Bernalese will immediately recognize this as the southwest corner of the hill; it’s the area that the local skiiers call Rock Quarry.

But there’s another reason why this terrain looks so familiar, and Neighbor Yatima put her finger on it:

Can’t believe we landed a nuclear rover right there. Awesome.

She’s referring to the glamorous Curiosity Rover that landed recently on the surface of Mars. Sure enough, Curiosity’s photos of the Martian terrain sure do look an awful lot like this cozy corner of Bernal Hill. So that got me wondering. What if…

I decided to see if the original Bernal photo had been doctored. Sure enough, when I examined the digital file, I noticed some odd fragmentation along the edges of the image that would be consistent with a photo that had been cropped to narrow the perspective. Hmmm…

If the image had been cropped, what parts of the photo had been removed? The next step was to restore the image to it’s original size and perspective. Using vectored antipixel algorithms, Bernalwood was able to reconstruct and enhance the base image.

What we found was rather shocking: 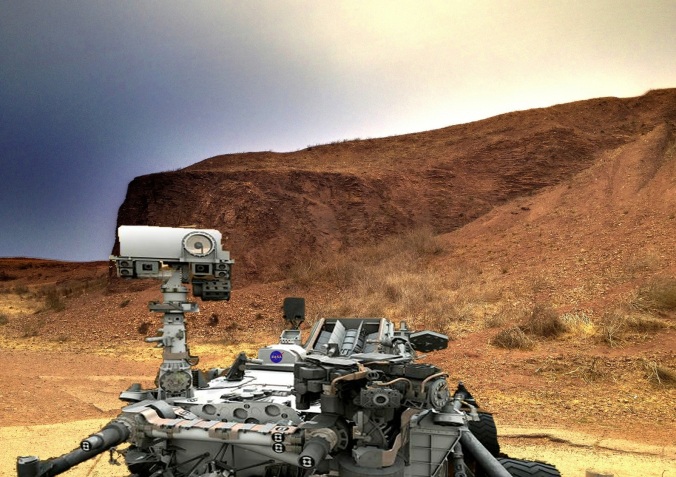 That’s right. A full reconstruction of the original image reveals the Curiosity rover perched atop Bernal Hill. But how? How can Curiosity be sitting on Bernal Hill, when we all know that right now it is parked inside a crater on Mars?

Fellow Citizens of Bernalwood, it seems we may have a Capricorn One situation on our hands. Indeed, our investigation suggests that the Curiosity rover has been atop Bernal Hill this entire time, and that the whole “mission to Mars” is little more than an elaborate ruse.

But who would perpetrate such a hoax? And who has the technological capacity to pull it off? As I studied the reconstructed image, I noticed a blue insignia on the rover’s nuclear battery pack: 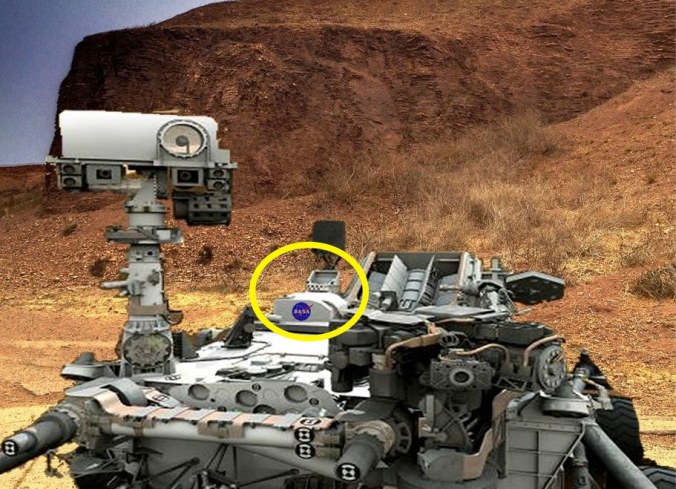 It wasn’t clear enough to read, so I tried to zoom and enhance it. That’s when the last piece of the puzzle finally fell into place: 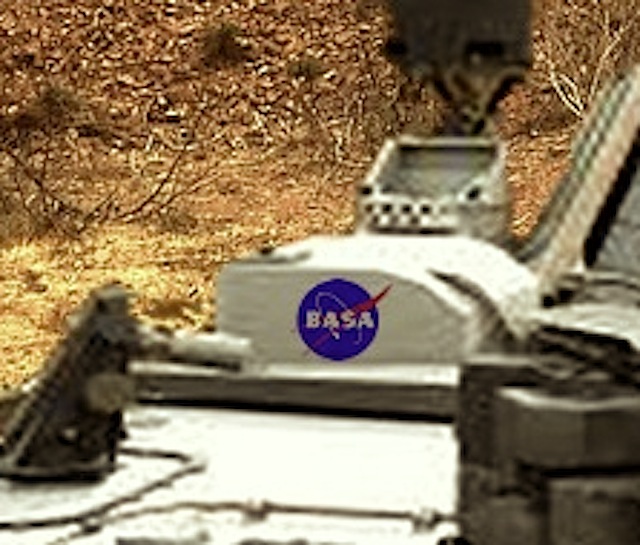 The truth really is out there.