A planespotter affiliated with the Bernalwood Air Force captured something rather unusual this morning:

Just got back from breakfast with a friend, and we were checking out the city view from my back set of stairs.  To the east we saw a set of contrails heading west, and I speculated they were tourists heading to the bliss of Hawaii.  Just as they reached due south of us, they began to make a turn to the northwest with the second aircraft weaving along the patch of the first one,  Grabbed my Nikon and took a few shots and you can see what did a fly-by of SF. 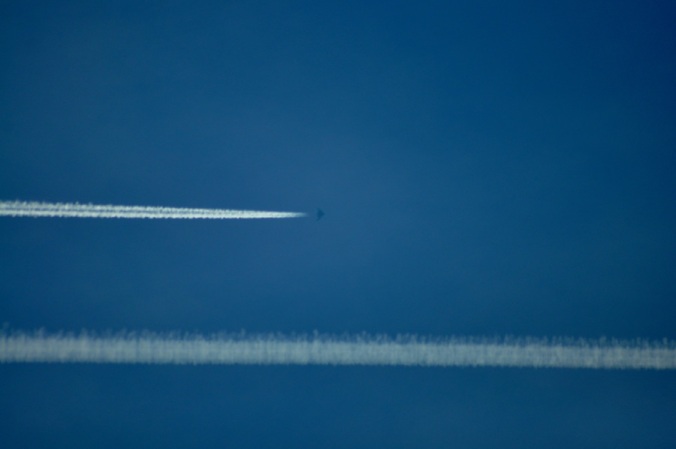 Wow!  Look at that! There’s only one plane shaped like that: It’s a B-2 Spirit stealth bomber, conducting an overflight above Bernalwood. For comparison’s sake, here’s a photo of a B-2 taken during a 2010 airshow:

All that expensive stealth technology should come in very handy to evade La Lengua’s infamous “Ring of Salsa” defensive grid.

PHOTOS: Above, Bernalwood Air Force Planespotter. B-2 closeup up by Andrew Abernathy