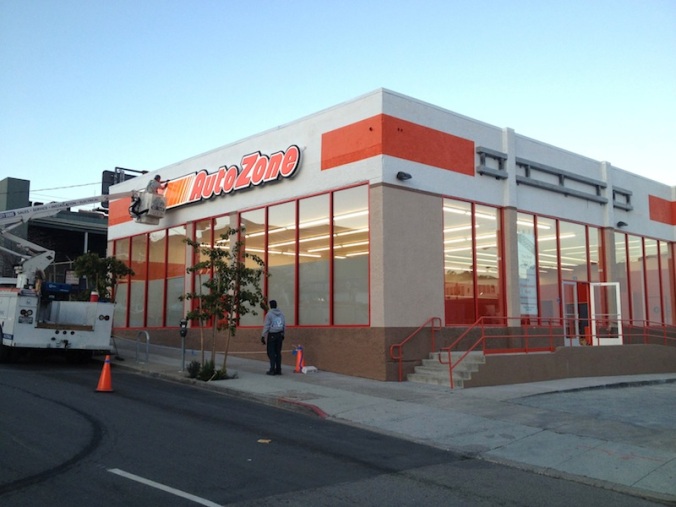 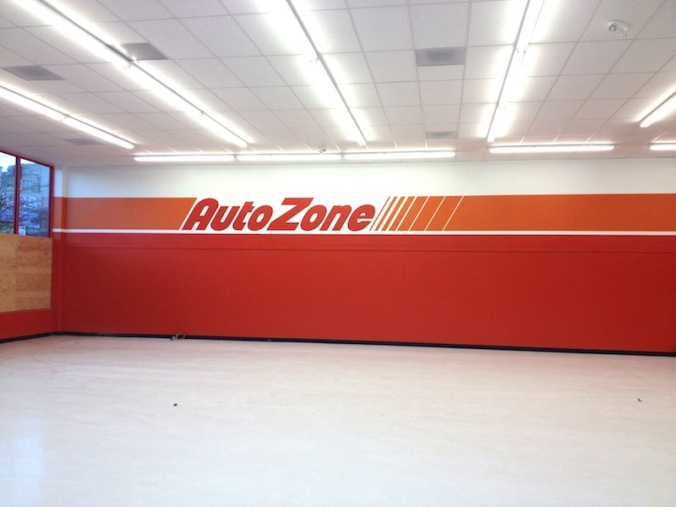 When the Hollywood Video store on the corner of Cesar Chavez and South Van Ness closed down, I had a little fantasy: The store occupied a high-profile location with above-average square-footage and even a few parking spaces, so in my heart of hearts I hoped the location might become a gourmet deli or Asian mini-supermarket of some sort. I envisioned a business perched somewhere between a Bi-Rite and a Trader Joe’s that would further increase the gastro-retail diversity of Bernal’s north slope, in a convenient location that’s both eminently walkable and yet still car-friendly.

But alas, it’s not to be. Instead, over the last few weeks its become clear that the former Hollywood Video will soon become an Auto Zone. So instead of getting a convenient place to buy exotic and tasty food for dinner, we’re getting another purveyor of artisanal auto parts. Indeed, the building had been home to an auto parts store before it was occupied by Hollywood Video, so perhaps it’s just reverting to type.

I suppose I’m lucky, in a Bernal Dads sort of way; From my house, I will soon be able to walk to not one, but TWO auto partsmongers — the other, of course, being the O’Reilly’s Auto Parts store that’s in the former Mission Chevrolet dealership on Mission at Precita. Somewhat less lucky, however, is Neighbor Rachel, who wrote to Bernalwood to share this view out the rear window of her Precita Avenue home: 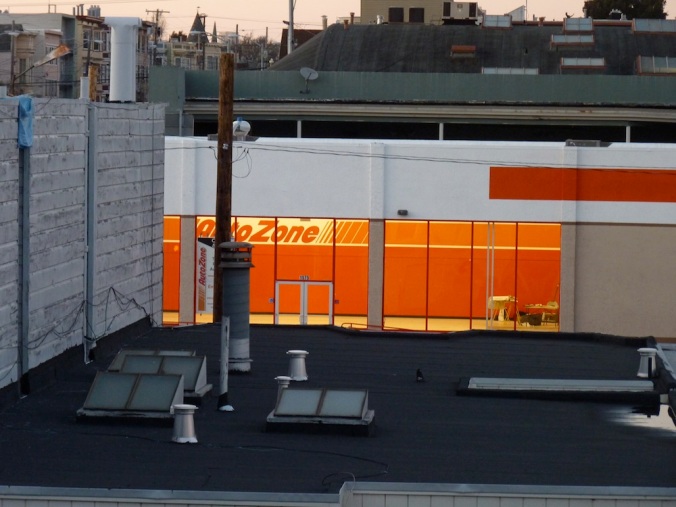 Leave a Reply to get off my lawn! Cancel reply