This is an unfortunate story about a neighborhood landmark, the NIMBY menace, City bureaucracy, and a call to action for Bernal Heights history geeks. More or less in that order. Follow along…

Decades ago, the building at 601 Tompkins Avenue, at the corner of Banks in Bernal Heights, may have once been a corner store. It’s now a private home, but a vintage Coca-Cola advertising sign from the earlier days has remained on the building regardless. Bernalwood’s irate tipster explains the situation:

Is this perhaps a little bureaucracy run amok in Bernal; the inevitable fallout from our Supervisors trying to outlaw sugary drinks?

The antique Coca-Cola ad has been part of the corner of Banks and Tomkins probably since the 1940’s at least.  In my 30 years in Bernal, the homeowners have lovingly preserved this little bit of old Bernal—probably the last remnant of a grocery on that corner.

Now the City is apparently citing them for an unauthorized billboard.  Note that the Planning Department documents say the homeowners must pay $3400 just to appeal the decision.

This is madness. A way-cool vintage Coke sign, preserved by neighborhood old-timers, is targeted for citation and removal by clueless City sign inspectors? Really? Why? And why does the San Francisco Planning Department hate America so much?

Bernalwood attempted to contact the property owner, but so far our efforts have been unsuccessful. We also called the City Planning Department, to ask WTF. This proved fruitful.

The City action against the vintage Coke sign came as the result of a complaint about the sign that was submitted by a nameless NIMBY whiner on January 14, 2011. With impressive alacrity, the Planning Department investigated the matter, and on January 25, 2011 a City notice was posted to indicate that the old sign must be either permitted or removed.

Bernalwood spoke to Mr. Dan Sider from the Planning Department’s General Advertising Sign Program . Mr. Sider had photos of the sign at 601 Tompkins at his disposal during our talk, and he was quite friendly. Yet when told that the Coke sign has been there since the 1940s, he seemed skeptical. It looks new, he said, and in fairness, he’s right — it does look new. “That’s because it’s been lovingly repainted and maintained by the neighbors,” Bernalwood explained sweetly.

Mr. Sider seemed surprised. “As a San Franciscan, I think that’s very neat,” he said. “But it is very clearly an illegal sign, and we don’t have much discretion.”

“But… but… surely there must be some way to save this historic piece of commercial art!” Bernalwood pleaded.

Indeed, Mr. Sider explained, there is. If some evidence can be produced that the sign was in place prior to 1965 (when the City’s operative sign ordinances went into effect), the matter may be resolved pleasantly. “But the clock is ticking,” he said. Said evidence must be received by February 24, 2011 — within 30 days of the issuance of the initial citation — or else fines may begin to kick in.

UPDATE 23 February, 2011: Evidence of the vintage mural’s provenance has now been obtained, confirming that it is genuinely way old — probably a relic from the 1940s. But the struggle with the San Francisco Planning Department continues. Read all about it.

So, concerned Bernalwood citizen, there are two things you can now do:

2) Help track down evidence — preferably a photograph or other document — that demonstrates the old Coke sign on the side of 601 Tompkins has indeed been there since the Kennedy Administration, if not before. Activate your geektastic history researcher kung-fu powers, and keep your fingers crossed. If you find anything, Bernalwood will gladly pass it along to our friends at the Planning Department. But remember, the DEADLINE IS FEBRUARY 24.

2) Call our Supervisor, Mr. David Campos to advise him of your interest in this matter. Admittedly, the preservation of vintage commercial art is hardly a core plank in his Progressive agenda. Yet this is also the kind of stuff that gives a neighborhood a tangible connection to its own history — and that matters a lot.  Besides, if they do nothing else, our Supervisors exist precisely to represent us when dealing with City Hall silliness. Perhaps Supervisor Campos could put in a call to Mr. Sider? Perhaps you’d like to call Supervisor Campos to suggest that idea? Supervisor Campos can be reached at (415) 554-5144. 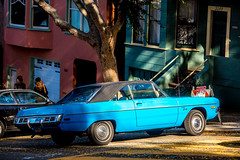 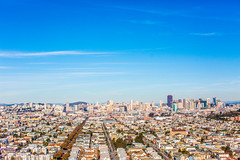 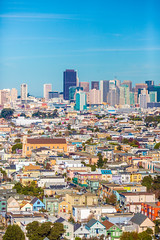